Fiona Sharp uses BBC Ten Pieces and Figurenotes in perfect harmony, leading her groups to stage 3 Figurenotes. Learning the coloured note-heads is only one step away from reading standard notation.

For three years I have been leading Figurenotes focused projects with pupils in the Support For Learning Department at Arbroath High School. I have been fortunate to have the same pupils participate in the projects each year, which has enabled not only further development in Figurenotes, but also in their musical skills and abilities. This term the pupils have been progressing up to stage three Figurenotes, so colleagues at Drake Music Scotland and I have been coming up with ideas to help with this process.

The pupils are currently working on their own composition inspired by John Adams’ ‘A Short Ride in a Fast Machine’, taken from the BBC Ten Pieces list. The pupils decided they wanted their piece to be based on a machine that makes birds.

Using the well known concept of birds sitting on telephone wires, we drew out five staves on the whiteboard; the staves representing the wires. Using images of small birds printed onto magnetic paper, the pupils took it in turns to either place the bird magnet on a line or a space, or to drop the bird from a height to see where it would land. This proved a fun improvisation and composition game, and started to make the pupils aware of where the notes should be placed on the staves.

The following week I gave the pupils blank paper birds, which they coloured in using the Figurenotes colours. They then had to position their bird on the correct line or space depending on its colour. To help with this, I gave the pupils handouts showing the correct placement of each note. This increased their confidence to try, as they could check if they were placing it correctly.

To take the progression even further, we played another game using large scale Figurenotes coloured lines and ‘spaces’, which they used to build up a stave. The students were then able to place standard notation onto the correct lines or spaces.

I feel having visual aids and games has really helped this particular group of pupils focus and engage in what they are learning, helping them visualise what standard notation looks like and where the notes are positioned. These games work well both in group and one to one settings.

Resources for these games can be found in the Resource Base section of the website.

Arbroath High School will be performing this piece on 23rd November. The project involves two ASN units, the Angus Schools’ Percussion Ensemble, and some brass players too. A brilliantly inclusive project.

If you would like a Drake Music Scotland musician to lead a project or staff training within your school or organisation, please contact info@drakemusicscotland.org. 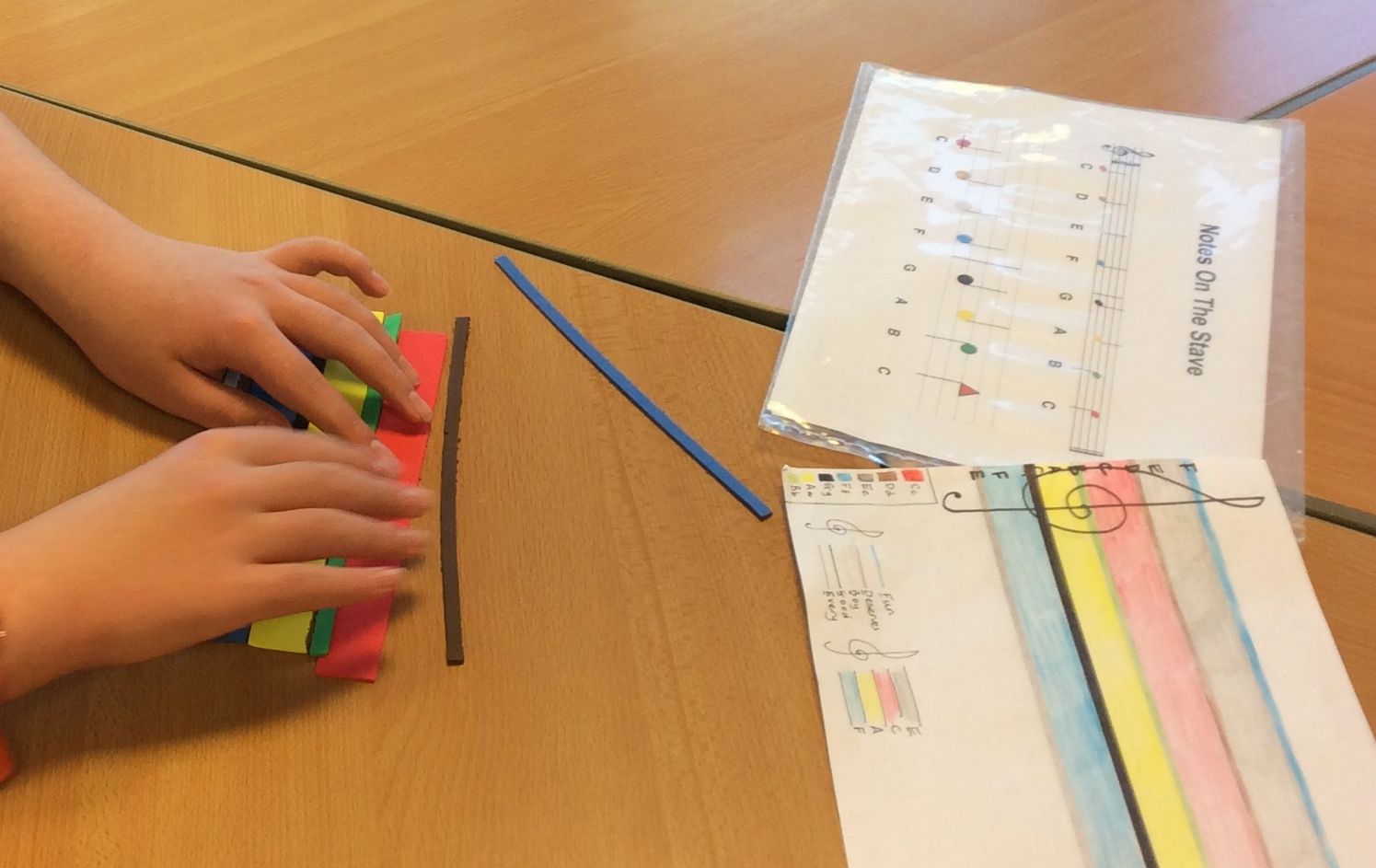 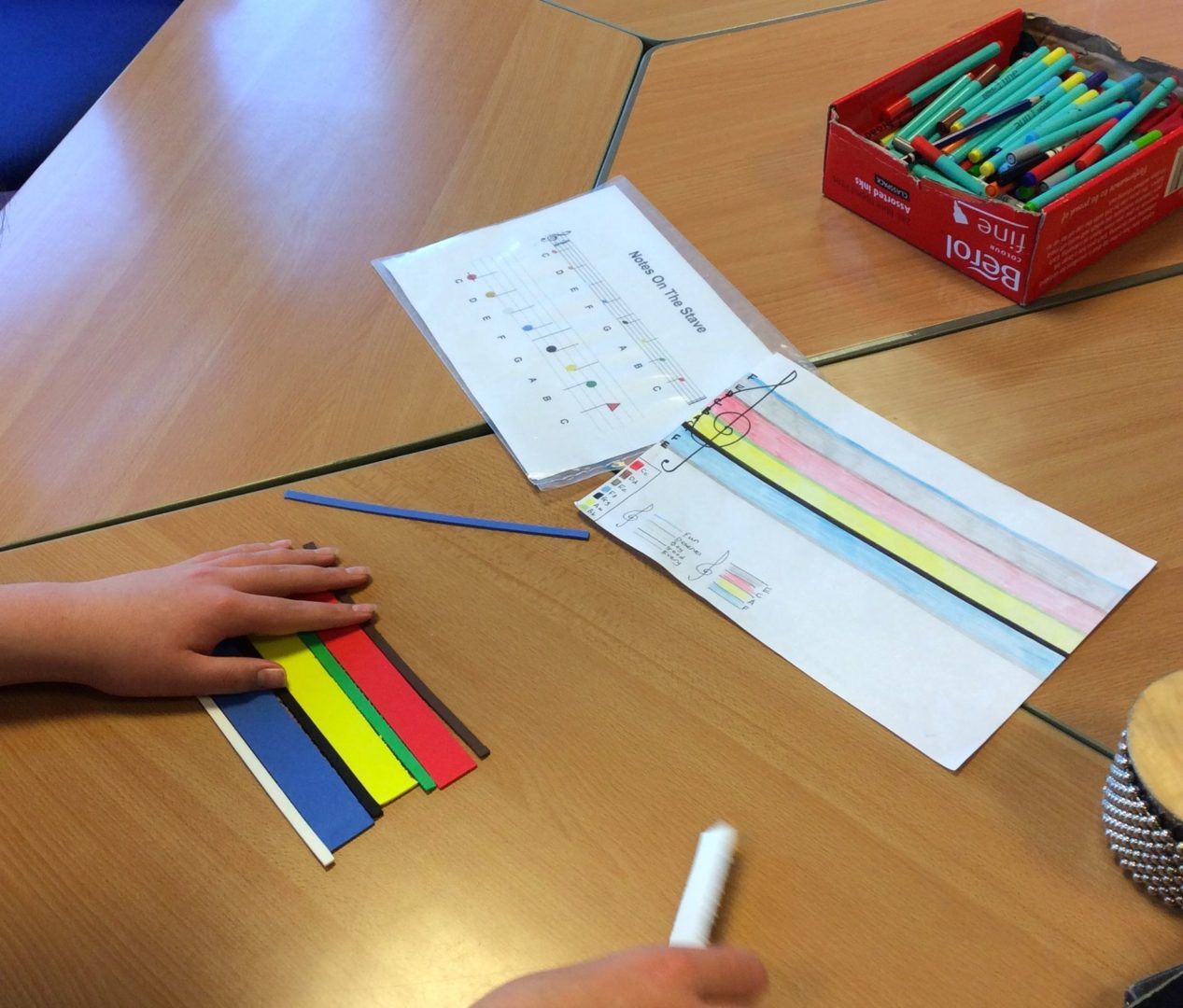